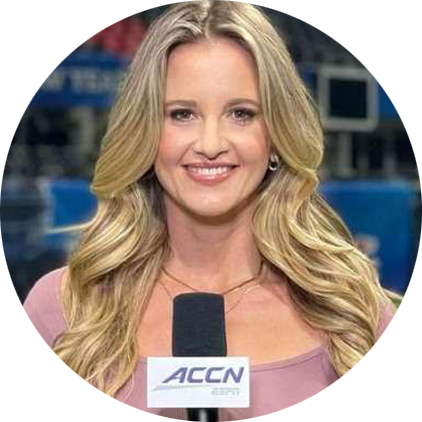 Kelsey Riggs is an emerging personality on ESPN where she hosts shows such as SportsCenter, NFL Live and various wraps across their sports properties. Kelsey is also an original member of the ACC Network where she’s helped lead coverage since its launch in 2019.

She previously spent three years as a sports anchor and reporter at WCNC in Charlotte, N.C. Riggs has covered a multitude of events including Super Bowl 50 and Super Bowl LIII, and the 2017 Final Four. She was also a key reporter of Carolina Panthers news during her time in the Queen City. Prior to joining WCNC, Riggs worked at WBTW in Myrtle Beach, S.C., where she covered Clemson, University of South Carolina, Coastal Carolina, the Panthers, NASCAR and The Masters.

Riggs was a former soccer student athlete at Charleston Southern where she earned her bachelor’s degree in communication.