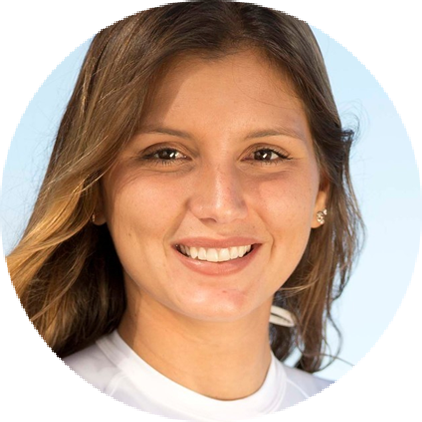 Maya Gabeira is a pioneer in big wave surfing and one of the most popular competitors in the sport. She was the first woman to surf the storied waves in Nazare, Portugal, and holds two Guinness World Records for biggest wave surfed by a woman. Hailing from Brazil, Maya started surfing at 15 years-old and, just two years later, turned pro and moved to Hawaii where she quickly made a name for herself in the big wave circuit.

When she isn’t in the ocean, she is fighting for it.  She is a board member for Oceana, an international ocean conservation advocacy organization, and an ambassador for UNESCO’s Ocean Decade campaign, dedicated to sustainable ocean development. She has also developed her own line of fully sustainable sunscreen which is currently sold in Brazil.

Maya is extremely passionate about the topic of mental health. Suffering from anxiety, she has always been vocal about the role it plays in her life and how she tries to find a balance for herself. Hoping to inspire the next generation of surfers with her insights, Maya recently signed a multi-book deal with a children’s publisher to tell her story.