Merging blockchain with drone racing is a bullseye for the league’s “tech-setter” fans, who are early adopters, open-minded to new forms of entertainment, and 40 times more likely to follow and engage with crypto social media than the general population. DRL will unveil blockchain-enabled ticketing, collectables, fan transactions and NFTs on Algorand, and welcome crypto developers, programmers and coders to Algorand hackathon events at DRL races around the world.

Algorand and DRL are recognized as disruptive forces in their industries, pushing the limits of what is possible in sports and advanced technology. The companies share similar DNA – both have visionary founders, both revolutionize their industries with technology others have tried and failed to replicate, and both move at the speed of racing drones. Bringing scalable, fast, and decentralized gaming applications to DRL, Algorand’s blockchain will be the foundation for the sport of the future.

“The Drone Racing League’s global, tech-obsessed fans love that our sport constantly evolves, and blockchain was the next groundbreaking technology in our sights. Algorand shares our values of speed, innovation, and inclusivity. As the largest partnership in DRL’s history, we have ambitious plans to deliver a unique sports experience in the metaverse. We are incredibly excited about how this partnership will change the game for sports and tech fans and the blockchain community around the world,” said DRL President Rachel Jacobson. 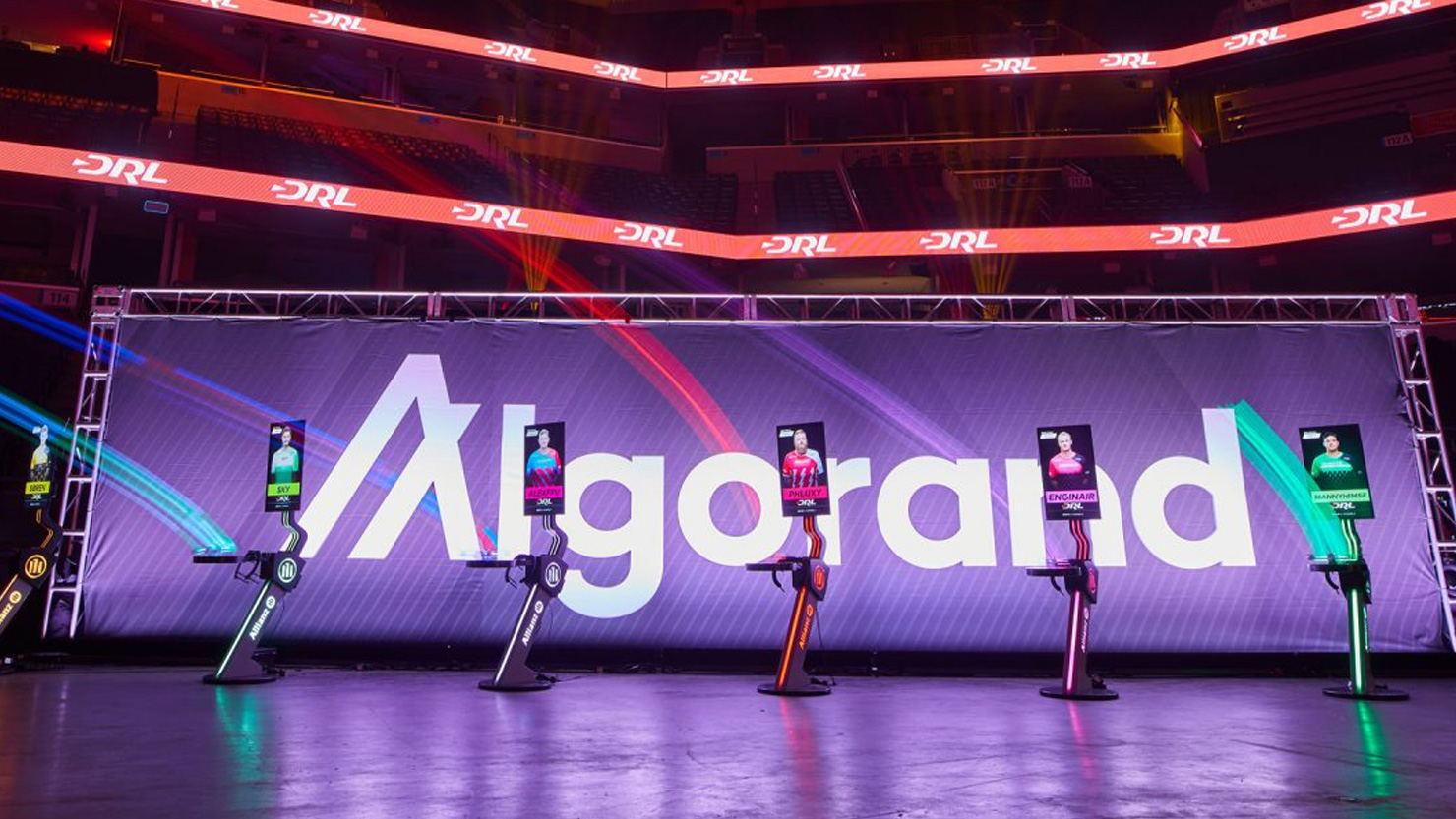 “Algorand and the Drone Racing League are the most technically advanced, disruptive and visionary organizations in blockchain and sports respectively. We are excited that DRL will leverage Algorand’s technology to create immersive in-game experiences and introduce millions of technology enthusiasts to the possibilities that blockchain can bring to racing and to sports as we know them today,” said Steve Kokinos, CEO of Algorand.

Over the next five years, Algorand will have the Title rights of the DRL World Championship circuit, DRL will develop a Digital Drone Racing series built into Algorand’s blockchain network, and the companies will showcase the power of Algorand blockchain through DRL’s broadcast, social and gaming channels. Excel Sports Management’s Properties division helped secure the historic, multi-year deal.

COMBINING STATE-OF-THE-ART TECHNOLOGY WITH STATE-OF-THE-HEART RACING
The news comes as DRL launches their 2021-22 DRL World Championship Season, which will combine the best of esports and real drone racing, starting on Wednesday, September 29th at 8pm EST on NBCSN and Twitter.

With expanded media partnerships with NBC Sports and Twitter, the 2021-22 DRL Season includes nearly 30 hours of action-packed drone racing during primetime slots, including on Christmas Day.

About Algorand
Algorand is building the technology to power the Future of Finance (FutureFi), the convergence of traditional and decentralized models into a unified system that is inclusive, frictionless, and secure. Founded by Turing Award-winning cryptographer Silvio Micali, Algorand developed a blockchain infrastructure that offers the interoperability and capacity to handle the volume of transactions needed for defi, financial institutions and governments to smoothly transition into FutureFi. The technology of choice for more than 700 global organizations, Algorand is enabling the simple creation of next generation financial products, protocols and exchange of value. For more information, visit www.algorand.com.

About Drone Racing League
The Drone Racing League (DRL) is an innovative global sports, entertainment and technology property. The best drone pilots in the world fly in the league and millions of fans watch them race on NBC, Twitter, and Facebook. Combining groundbreaking technology and immersive, high-speed races through virtual and live events, DRL is creating a new era of sports, combining both esports and real-life competition.

Founded by Nicholas Horbaczewski in 2015, DRL is a privately held company headquartered in NYC. For more information, visit www.drl.io. To join the conversation, follow DRL on Facebook at facebook.com/thedroneracingleague, on Twitter @DroneRaceLeague, and on Instagram @thedroneracingleague.