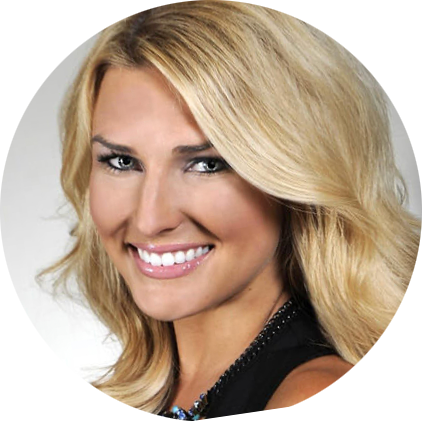 Shae Peppler Cornette is a TV and radio host and reporter specializing in sports and entertainment. She is host of ESPN+ program SportsNation alongside her husband and co-host Jordan Cornette. Shae appears across all of ESPN’s platforms, as a host on shows like Get Up, NFL Live, and First Take, as well as ESPN Radio. She is also a regular host on SiriusXM’s NFL Radio and Mad Dog Radio.

Prior to joining ESPN, Shae co-hosted Kap & Co. on ESPN 1000 which was the top-rated program in their time slot on Chicago Sportstalk Radio. Shae also was the primary television beat reporter for the Chicago Bears on Fox 32 Chicago where she served as a reporter during the station’s flagship 5pm & 9pm newscasts, as well as all Bears games. She was a fixture on Fox’s pregame and postgame shows, where she frequently conducted live interviews with players both on the field and outside the locker room and delivered up-to-the-minute content for all weekend newscasts. Additionally, Shae was the primary host of Bears Unleashed, a weekly 30-minute show centered around the Chicago Bears and latest NFL news, making her the only female in the Chicago market with her own sports show.

Before Fox and ESPN 1000, Shae was a correspondent for the nationally televised morning show Morning Dose, which aired on CW Networks in six of the largest markets across the U.S. During college football and college basketball season, she was a long-time sideline reporter for Stadium and Facebook properties, covering the Big 12, Atlantic-10, Conference USA, and Mountain West conferences, and served as a host and reporter at Campus Insiders and 120 Sports.

As a broadcast journalism major and kinesiology minor at Indiana University. Shae’s TV career commenced as an anchor, producer, and reporter for WTIU-Bloomington, an inside look at Indiana athletics and university news. While at IU, Shae was an intern for MTV Networks (New York), Showtime Networks (New York), and a production assistant for Chicago Bears games broadcast on CBS.

Upon graduation and moving back home to Chicago, Shae jumped right into the media world as a football field reporter for Big Ten Network and a correspondent for a Bears pregame show, The Chicago Huddle, on ABC 7. In an effort to stake her claim in the entertainment world, Shae also appeared as an entertainment host for the former CelebTV.com.

In her free time, Shae enjoys spending time outside with her dog, Kobe (named after the late Kobe Bryant, as Shae’s puppy was born the day he passed), walks by the water with her husband, cycling and interior design. She is also the co-founder of “Fashion’s Fight Against Cancer,” a fundraising event birthed seven years ago that has raised over $200,000 towards the fight in finding a cure for pediatric cancer.

Shae resides in Connecticut with her husband Jordan and their son, Joey.